The Combined Counties Cup took centre stage at the weekend with five of the quarter finalists decided in a great weekend of games in the League.

The shock of the weekend must surely be the defeat of Clara Town by Rosenallis in the fourth round game. It was all the more incredible as Rosenallis were trailing 3-0 at half time, but second half goals from James Jackson, Mark Dunne, Mark Gorman and a brilliant double from Darren McEvoy sent the Laois men into the last eight in some style as it finished 5-3 in their favour.

C.K are another side from outside the Senior Division to reach the quarter finals after they accounted for Portlaoise side Dynamoe Town on a 3-0 scoreline, the goals coming from Niall Kearns, Stuart Carroll and Brendan Bracken.

The other confirmed places in the last eight are all Senior Division sides however as Saint Peters, Mullingar Athletic and Monksland United all negotiated tricky ties against opposition from lower divisions to advance. Les Browne and Aidan Reilly scored the goals for Monksland in their 2-0 win away to Gracefield.

The other Cup action took place on Saturday in the Saturday Division Cup where Boro Celtic maintained their excellent recent form with a 5-1 win over Melville Celtic.James Hanley and Mike Morrissey had Boro two up at the interval with David Harrison instrumental in setting up both goals. Declan Hanley and David Rooney were then set up by Paul Rooney for two more early in the second half before Melville pulled one back. Boro had the last say however when Henry Kenny headed home a Jason Tarmey cross leave the outcome in no doubt.

In League action Killavilla United mounted more misery on bottom of the table Gallen United in the Senior Division with a 2-1 win that keeps the Roscrea men well away from the relegation battle.

In the Premier Division, Abbeyleix Athletic continue to climb the table following a 4-1 away to a Mullingar Town side that are now staring relegation in the face. Niall Wallace, Daniel Coffey, David Brennan and David Moloney all scored for Abbeyleix who are now well placed to push for promotion to the Senior Division for next season. Birr Town put to bed any possible relegation worries there might have been with a resounding 4-0 win over Mullingar Athletic seconds.

Division 1 is proving to be the best contested Division in the entire league with any one of five teams still in with a real chance of winning it. The big winners at the weekend were Clonbonny who defeated fellow title aspirants Clonaslee 2-0, Tullamore who had a fine 5-1 win over Highfield United and Shinrone who defeated bottom side Clonmore United also by five goals to one with goals from Philip Murphy (2), Derek McLoughlin, John Fitzpatrick and Darren Wren. With leaders Temple Villa being held to a one all draw in their derby match against Moate Celtic and second placed Clonaslee also losing it is going to be very interesting to see who emerges from the pack to take the title.

In Division 3A, Ballybrittas put their recent disappointments in Cup action to one side as they defeated Clonminch Rovers 2-1 to consolidate their position at the top of the table. Although they went a goal down early on they fought back with goals from Darren Finlay and Paul Lynch to take maximum points. They move five points clear of second placed Portlaoise who have a game in hand after their game against Kilcormac was called off.

Rosenallis second team made it a weekend to remember for the club as they went back to the top of Division 4A thanks to a 4-1 win at home to lowly C.R Forest. In fact Rosenallis had to come from behind as the visitors led one nil at the break. They had to wait until the last 20 minutes to equalise when Alan Herbert slotted home. Five minutes later Joe Dooley put them in front. Robbie Malone and Herbert added further goals late on to leave the outcome in no doubt. Damien Gorman, PJ Fitzpatrick, Alan Conroy and Mick McEvoy were othere to shine for Rosenallis.

In Division 4B, Raharney krept a little closer to the title, but they had to be happy with a point from their visit to Clara who battled hard to force a one all draw. Meanwhile St Carthages pulled off another creditable victory as they defeated Clonmore United 3-1 in Rahan, the goals coming from Paul Mooney with a 25 yard screamer and Sean Rosney with two in the second half to seal it for Carthages.

In Underage action the highlight was Tullamore Towns Under 19 team advancing in the LFA Under 19 Cup following a hard fought 2-1 win over fancied Dublin side Collinstown. Jason Dunne put the Tullamore men in front on the half hour with a beautiful strike from all of 30 yards. The visitors were back on terms before the break however and although both sides had chances there were no further goals in regulation time. Tullamore hit the vital winning goal two minutes into extra time when Dylan Melia scored from the penalty spot after the same player had been fouled.

In the Under 17 Division the battle for runners up spot is hotting up after Longford Town and Rosenallis both won impressively on Saturday to set up a very important game between the two in Flancare Park next Saturday.

The top two went head to head in the Under 18 Division on Saturday evening when Edenderry entertained Newbridge with honours shared in a two all draw. Darragh McHugh scored both goals for Newbridge as they battled bravely, but it now looks like it is advantage Edenderry if they can take advantage of their games in hand during the run in.

Who can be best …. Yes… back by popular demand its the CCFL Managers League … If you think you can be the best to select a Premier League team follow   the link to enter and the code below is to enter our League….   Best of luck https://users.premierleague.com/PremierUser/account/login.html?pageTitle=logout Code to join this league: […] 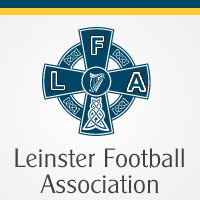