Skip to content
Carlow Football League 3 ( Catherine Dempsey, Essmay Mannix, Niamh Power )
Combined Counties Football League 3 ( Amy Matthews, Ali Lenehan x2 )
( Carlow won 4 – 2 on pens )
This match saw two sides throw everything into this game only for the dreaded penalty shootout to decide proceedings for the second game in a row. Carlow raced into an early lead when Catherine Dempsey scored and their lead was doubled when Captain Essmay Mannix rounded keeper Hazel Bracken before shooting from an acute angle following a lovely pass from Elaine Weir for Carlow. Combined Counties kept battling but were unable to break through the rearguard of Carlow for the first half, Going into the half time break two nil down. John O’Dea gave his troops a stern talk and ten minutes later they pulled a goal back through a stunning free from Amy Matthews whose shot looped over Megan Walsh. Thirteen minutes later this match was all square as the Combined Counties piled the pressure on Carlow, Amy Matthews tried her luck from long range again but it deflected of her team mate Ali Lenehan and into the far corner of Walsh’s net. Both Leagues went for it and it was end to end and Niamh Power grabbed Carlows third goal with twelve minutes remaining to give them a slender lead. Combined Counties went for broke and through everything at Carlow and equalised through Ali Lenehan once more , Sending this tie straight to penalties where it was Carlow who held their nerve and win the LFA Womens Inter League Shield 4 – 2 on penalties
CCFL Team
Hazel Bracken, Jackie Glennon, Richelle O’Neill ( Captain ), Amy Matthews, Fiona Keating, Leona Archibald, Ciara Dunne, Claire Cantwell, Louise O Brien, Ali Lenehan, Mary Reams…..Subs Orla Franks, Lorraine Coughlin, Charlotte Maher, Tara Scanlon, Laura Spencer, Laura Thompson, Alex Davis 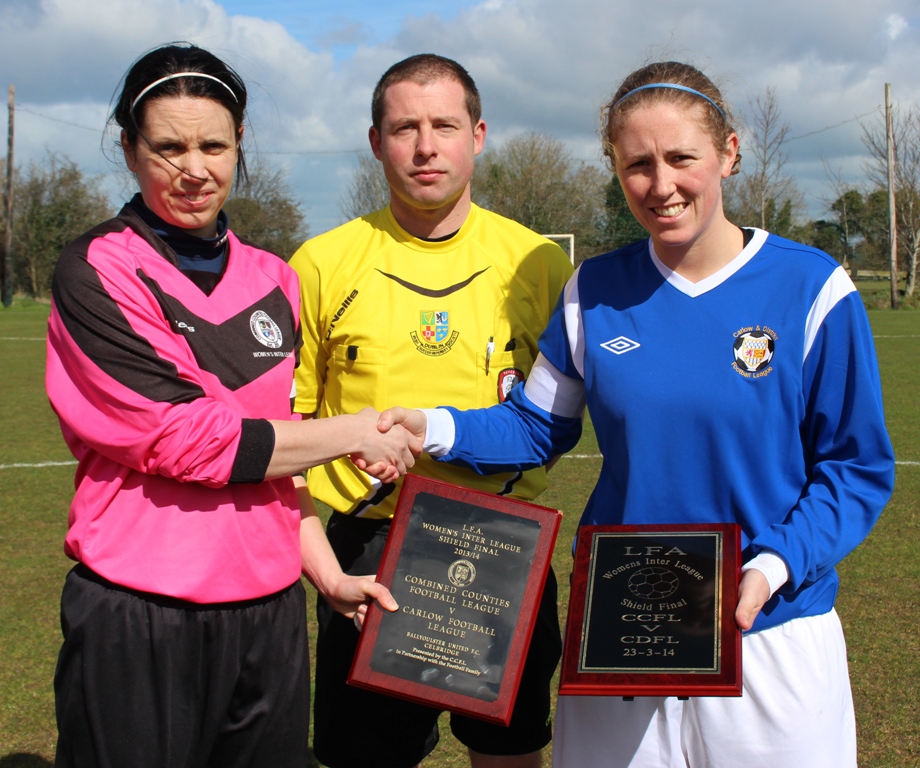 Congratulations to Stradbally Town on winning the Division 2 Cup on a 2-1 scoreline on Sunday. A very competitive game which saw Stradbally Score 2 in either half but were left to sweat it he dying moments as Gentex clawed one back in the 89th minute.

Reminder to all clubs: The final closing dates for the following competitions is the 1st September 2014. FAI Youths and FAI Under 17 Cups LFA Junior Cup LFA Junior Shield LFA Over 35 Cup LFA Youths Cup LFA Under 19 Cup If you wish to enter your club in any of the above please ensure […]