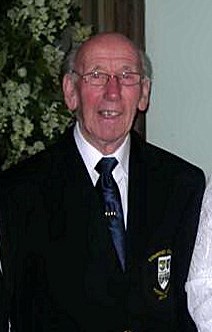 It is with great sadness that we wish to inform you of the passing of our Honorary Vice President, Kevin Byrne. Kevin was one of our founder members in 2005 and served our league as Registrar, Committee member and as Hon. Vice President with great distinction.  Prior to his time in the CCFL we all knew Kevin as a great friend to all the Counties teams during his time as Hon. Secretary of the Leinster Football League (formerly the Leinster Junior League).  Kevin also served as President of the Leinster Football Association during his many years of service to our game. Kevin was a man of great integrity, honesty and determination and his work in helping to set up football in the Counties area was integral in ensuring the success of the game in our area today. We will be forever thankful for his help, friendship and guidance. His work as an administrator and his wisdom and knowledge of the game will be missed. The Committee of the Combined Counties Football League would would like to to offer our deepest sympathy to Kevin’s family and friends.

Below are funeral arrangements as posted on www.rip.ie

Removal from Fanagans Funeral Home, Tallaght, on Friday (July 8th), to the Church of St. Killian, Kingswood Heights, arriving for 5pm. Funeral on Saturday (July 9th) after 10am Mass to Newlands Cross Cemetery. All enquiries to Fanagans Funeral Directors, Tallaght ;01 451 6701.